The term "neglected diseases" dates back to the 70’s and refers to the disease caused by infectious and parasite agents, such as Chagas Disease, Sleeping Sickness, Leishmaniasis, Malaria, Yellow Fever, Tuberculosis, among others. These diseases tend to be endemic in populations of low income, therefore represent a latent problem in Africa, Asia and in the Americas. The usage of the adjective "neglected" was selected based on the fact that such illnesses do not attract the interest of pharmaceutical companies for the production of medication and vaccines. In addition, the research in this sector does not count on enough resources, which generate the scarcity in the prophylaxis methods available in the whole world. In Brazil, the neglected diseases also suffer with the availability of resources being far from what would be needed to address the issue. Therefore, it is a challenge for the Brazilian Scientific Community to create means to diagnose, treat and overcome such diseases with the budgets destined for this sector. With the objective of supplying resources for the governmental policies related to the combating of the neglected disease, ABC created, in 2009, a Study Group on infections-contagious diseases, coordinated by the Academic Wanderley de Souza, which resulted, in 2010, in the publication of Neglected Diseases , yet another volume of the series Science and Technology for National Development: Strategic Studies, edited by ABC.

The cooperation among the Brazil and India on infectious diseases, initiated in 2008, indicated the need for the creation of a group to debate over actions and think of solutions for the area of Neglected Diseases. In this year, two meetings were held: the Meeting Indo-Brazil on Infectious Diseases and the Workshop Brazil-India on Infections Diseases. In 2009, the Study Group on Neglected Diseases was created under the coordination of the Academic Wanderley de Souza. The following Academics comprise the Group Carlos Medicis Morel, Eloi Garcia, Erney P. Camargo, Jorge Guimarães, Manoel Barral Netto  and Milton Ozório Moraes. Also part of the group is the coordinator of the Academic Program of Tuberculosis of the College of Medicine from UFRJ, Dr. Afrânio Lineu Kritski; the Dr. Elba Regina Sampaio de Lemos, from Fiocruz; the head of the Section of Arbovirology and Hemorrhagic Fevers of the Evandro Chagas Institutes, Dr. Pedro Vasconcelos; the head of the Cell Biology of Fungi Laboratory of URFJ, Dr. Sônia Rozental; and Sérgio Fracalanza from UFRJ. The year of 2009 is the year of the centenary of the discovery made by the scientist Carlos Chagas, published in 1909, when the scientist discovered the protozoan Trypanosoma Cruzi. His studies encompass the biological life of this parasite, both in man, as well as in experimental animals. This discovery is considered to be the most important contribution of Brazilian Science. The first Symposium of the Study group on neglected diseases occurred on May 2010, as part of the Magna Meeting program, an annual event organized by the Brazilian Academy of Sciences. The results of the Group were published in 2010 in the book Neglected Diseases, in partnership with the Conrado Wessel Foundation (FCW), the Brazilian Society for the Progress of Science (SBPC), the National Council of Scientific and Technological Development (CNPq), Financer of Studies and Projects of the Ministry of Science and Technology and the Ministry of Science and Technology (MCT). In January of 2011 a new meeting was held in which the members of the Group discussed new actions to assure the continuity of the progress in the area. 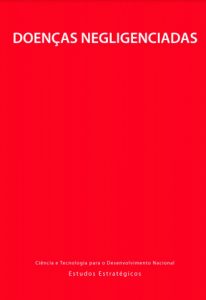