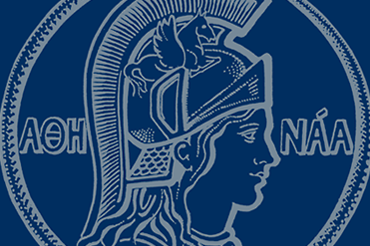 I was raised in my hometown, Buenos Aires, within an environment of humanities and arts. My father was a newspaper man, and everybody in the familys acquaintances was a writer, a philosopher, or a plastic artist. My whole education, in its three levels, was acquired at public schools, obtaining my Medical Degree at the Buenos Aires University, School of Medicine. What brought me into the area of medicine at the age of 17 was certainly not the scientific aspects of it, but rather its human side, leading me to a profession taking care of persons. The vocation that drove me through medical school aimed at being a country doctor, a general practitioner in the nearby area of the Paraná delta, where my father was born. However, right after graduation I realized I was not fully prepared to act as a health provider in a rural environment. I thus decided to go to the USA for an intensive clinical training in the main medical specialties. That was the crucial road-cross of my professional life. In was in the USA that I discovered quantitative biology, pediatrics, and the incipient field of medical genetics. It was June 1959, and Jerôme Lejeune had described the first chromosome anomaly in man only five months before. The training rural doctor was suddenly displaced by a new pediatrician, and a yet unnamed medical geneticist, who returned o his hometown, five years later. Within the next three years in Buenos Aires I could create the two main undertakings of my life, the ECLAMC: Estudio Colaborativo Latino Americano de Malformaciones Congénitas, and the National Centre of Medical Genetics. Both of them surviving at present, forty years later. However, economic and political turbulences in Argentina during the mid 1970s drove me to leave my country, and I came to Brazil, where, in spite of a no too different political situation, I was able to continue operating the 8 years old ECLAMC program with entire intellectual freedom, and to create different work teams in the USP School of Medicine in Ribeirão Preto, University of Brasilia, and UFRJ. When Argentina returned to democracy I entered the CONICET as researcher, and continue coordinating the ECLAMC from two main centers, one in each country, Argentina and Brazil, an adequate set up for an international, non-institutional program, operating in ten South American countries. A few years later I entered as visiting investigator in the newly created Department of Genetics, in the Fundação Oswaldo Cruz, in Rio de Janeiro, where I am still working until now. In short, I received from Buenos Aires my essence, and my profession; from the USA my introduction and development in the science of genetics; and from Brazil my Latin Americanism in theory and practice. I recognize myself as having the city of Buenos Aires as my valley and Latin America as my nation. Unfortunately, neither one would issue a passport for me.