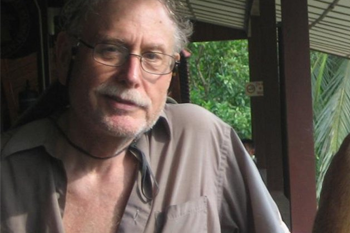 Charles M. Newman, Professor of Mathematics at the Courant Institute of Mathematical Sciences, was director from 2002 to 2006.Born in Chicago, he received two B.S. (1966) degrees(Mathematics and Physics) from MIT, and M.A. (1966) and Ph.D. (1971)degrees in Physics from Princeton.His specialties are probability theory and statistical physics,with over 180 published papers in those and related areas. Beginning hisacademic career at New York University in 1971, he went on tothe mathematics departments of Indiana University and the University ofArizona, and returned to NYU in 1989. Newman has been a Sloan Fellow (1978-81)and a Guggenheim Fellow (1984-85), was elected to membership in theU.S. National Academy of Sciences in 2004, to the American Academy ofArts and Sciences in 2006 and as a foreign member of the BrazilianAcademy of Sciences in 2007. In September, 2007 Courant-NYU was awardeda five year US National Science Foundation grant with Newmanas the principal investigator in thePIRE (Partnerships in International Research and Education)program involving collaborations between students, postdoctoral fellowsand faculty from Courant, Latin America and Europe.