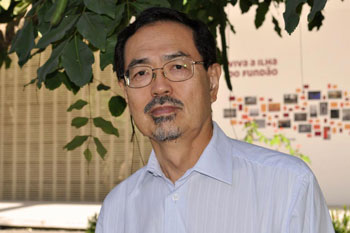 Edson H. Watanabe got the Electronic Engineering degree from Polytechnic School, Federal University of Rio de Janeiro (UFRJ) in 1975 and the Master in Electrical Engineering degree in 1976 from COPPE/UFRJ. In 1981 he got the Doctor of Engineering (D. Eng.) degree from Tokyo Institute of Technology, Japan. Since 1981 he is with the Electrical Engineering Program at COPPE/UFRJ where he is a Professor. His field of interest is Power Electronics Applied to Power Systems, including High Voltage DC Transmission, FACTS, Power Conditioners and Renewable Energy.